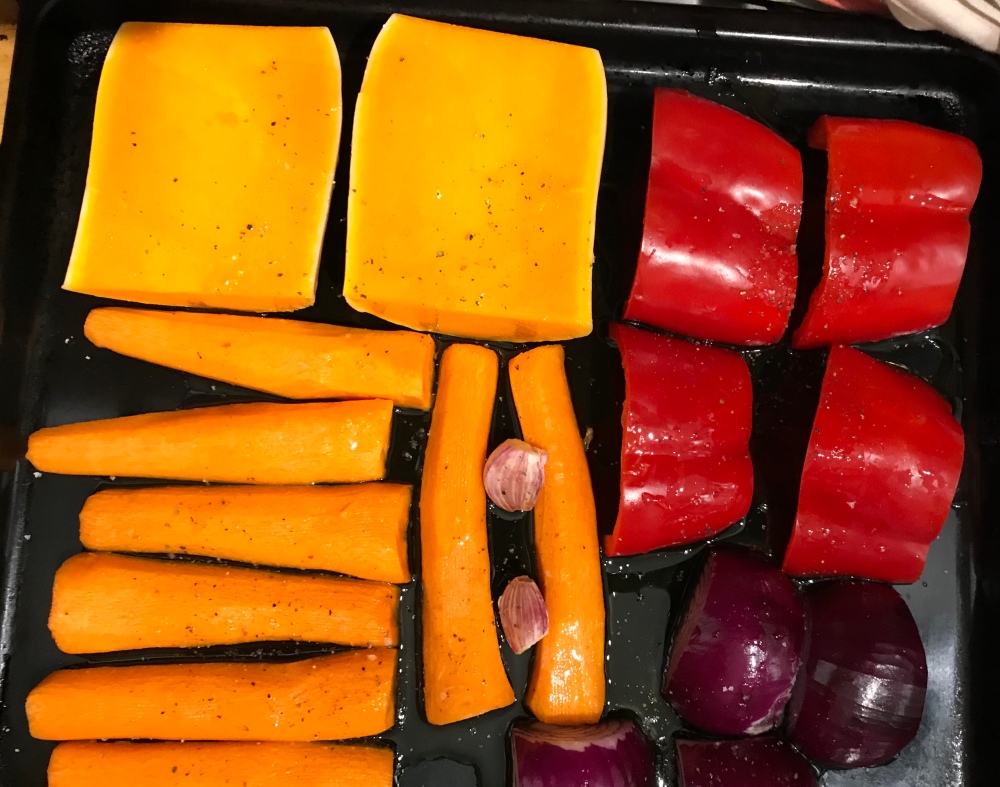 Thanks to the recommendation of Carina from Carina’s Craft Blog, I checked out the new TV series Dirty Vegan (you can find it on iPlayer) and liked it so much I downloaded the Kindle version of the accompanying cookbook (also called Dirty Vegan). There are lots of dishes that I want to try but the first one I made was Roast Squash and Red Pepper Soup, as I love butternut squash soup.

As you can see from the photo above, a lot of veg went into this soup, less than recommended actually (I was making the full four portions), it was meant to be three peppers and a lot more onion but I had thought four onions overkill, had aimed for three but one of them was mouldy, same with what was meant to be three red peppers but turned into two, as one of my peppers didn’t look exactly edible either. I doubt I’d have had room on my roasting tray anyway!

The resulting soup was lovely and despite less veg than suggested, it still comfortably made four portions. I adore butternut squash soup but this one is more like a good veg soup rather than a proper (in my mind) squash soup but that doesn’t matter, I can regularly see me eating this when I fancy something comforting and nutritious. 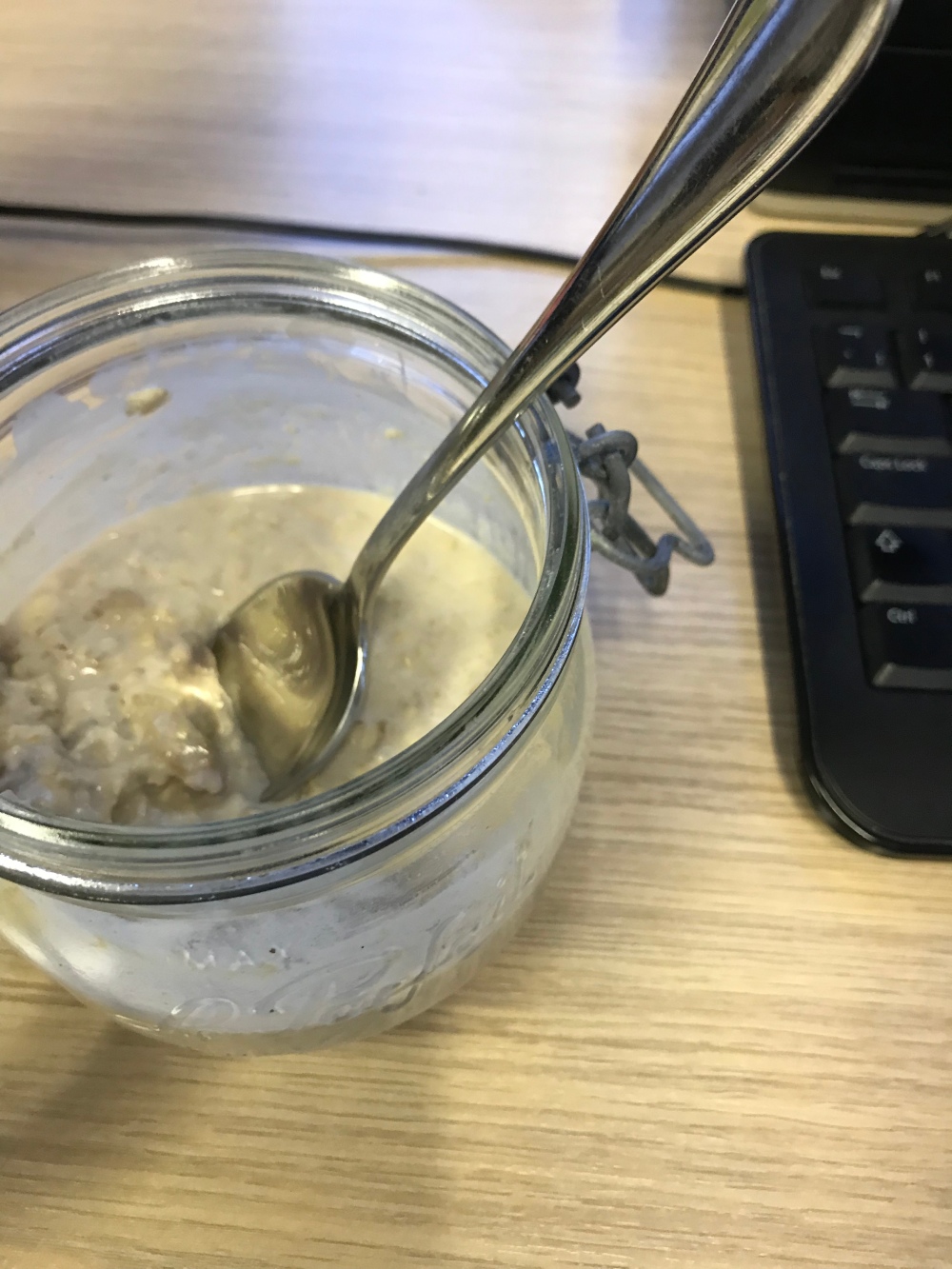 Last year marked a part time return to office life and I’ve developed some not financially helpful habits around takeout breakfasts and lunches. For my Christmas/birthday present, my husband got me a new Nespresso machine, one that does bigger sizes of drinks, including a travel mug size in two varieties, I’ve tried both now and the Alto Intenso is delicious, I’m not so keen on Alto Dolce but then I prefer my coffee as strong as it comes. A surprising bonus with Alto Intenso, is that it’s partially decaffeinated and as someone who is meant to be watching her caffeine that’s definitely an advantage. As an aside, before I go off too much on a coffee tangent, the fully decaffeinated Vertuo options are mostly good too.

Anyway, one of the reasons why I wanted a new machine, was to save money getting take out coffee on the way to work and so far so good but when I was getting that takeout coffee, I was also buying my breakfast on one of the days and my lunch on the other. Going part of the way in ‘not getting takeout’ by bringing my own coffee makes it then seem a bit counterproductive to be still going into my favourite places, my own coffee in hand and buying food, I might as well be bringing my food with me too. So, one habit leads to another, I was actually organised enough to make my breakfast, in the form of PB&J overnight oats, the night before.

I’ve never had overnight oats before, so it was a bit of a risk taking something into work which if I didn’t like would have meant one hungry Jo for the rest of the morning and the first bite was a bit “well this is okay…… I suppose” but it did kind of grow on me and I polished the whole lot off in the end. Still give me a nice bowl of hot porridge any day but I can definitely see myself working through a whole load of overnight oats recipes. This one I think particularly grew on me because I am a spectacularly late convert to peanut butter, you still wouldn’t get me eating a peanut butter sandwich but I love its texture (crunchy always) and when you combine its saltiness with sweet things.