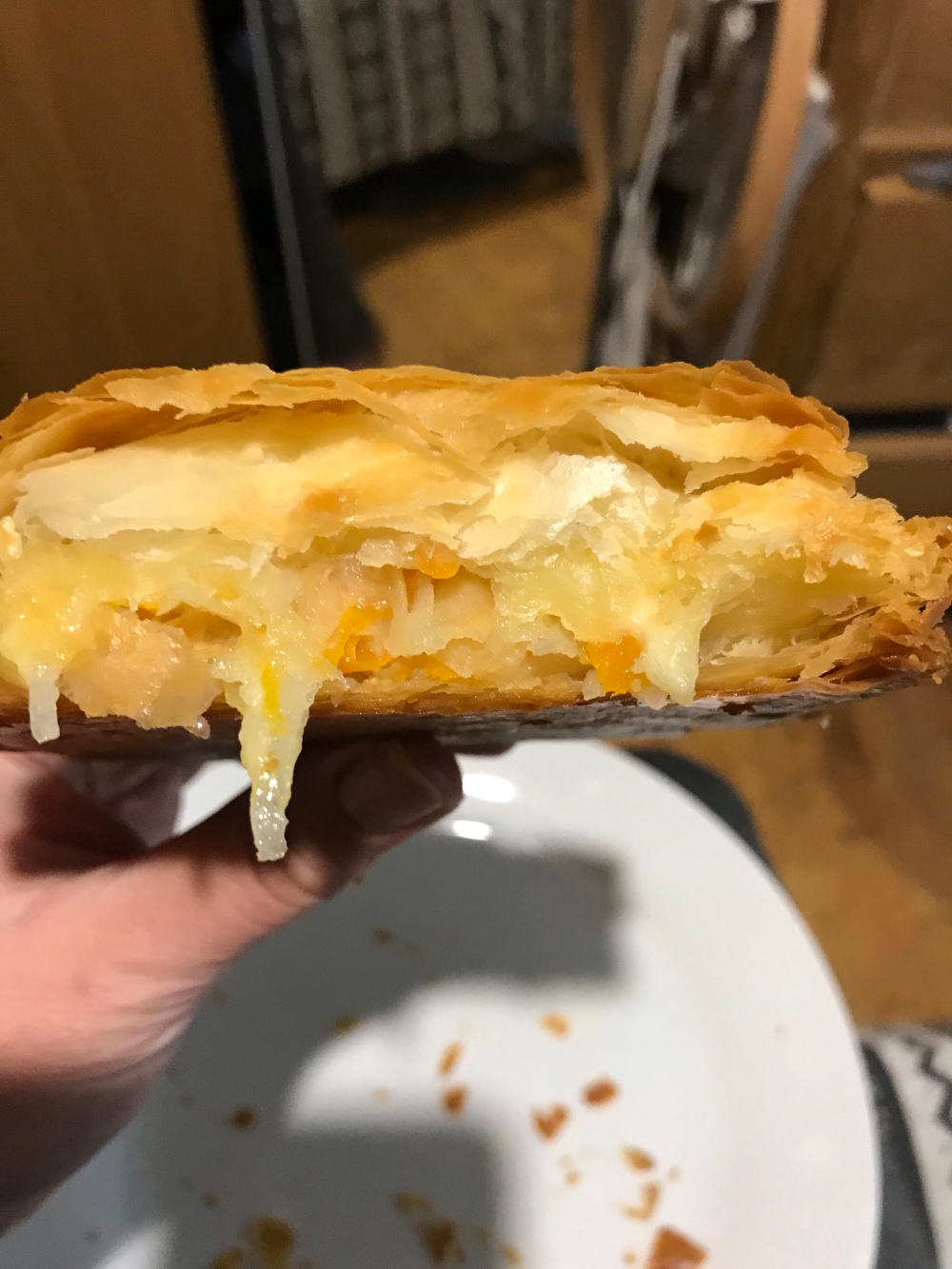 These are heavily adapted from the Swede and Potato Pasties recipe in Hugh Fearnley-Whittingstall’s Veg Everyday book. I’m not the most massive fan of swede, although it’s edible but I’d much rather have something else. Also, although I did think about making the prescribed rough puff, I didn’t have the post work energy, so I used ready made and because I used ready made, it was far more pastry-nomical to make square pasties than the traditional shape.

Anyway, what did I have in my pasty? I followed Hugh’s recipe very roughly but instead of swede and onion I used leek. I also (other than the leek) grated everything, so potato, cheese and carrot. Anyway, the result was rather nice, although I made too much filling for a sheet of ready made puff, so I’ve had to freeze the rest, which I hope turns out okay. As the weather turns cooler, I am definitely getting into a pasty frame of mind, I want to definitely do something with butternut squash and something Thai – ish maybe with sweet potato, ooh and something with onion and bacon and maybe chicken.