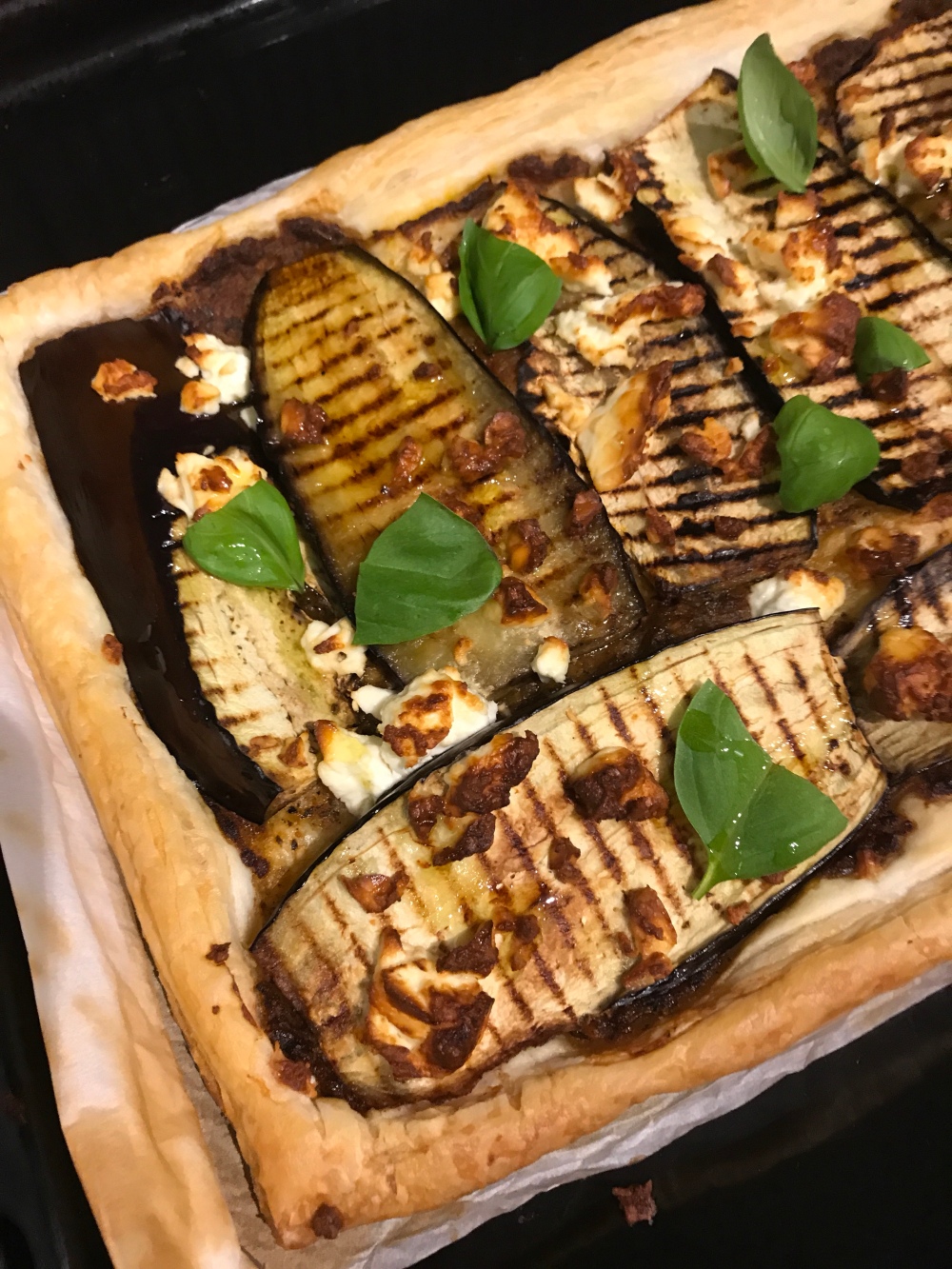 This is Aubergine & Feta Tart from Nadiya’s British Food Adventure, you can also find the recipe here. It was rather nice. 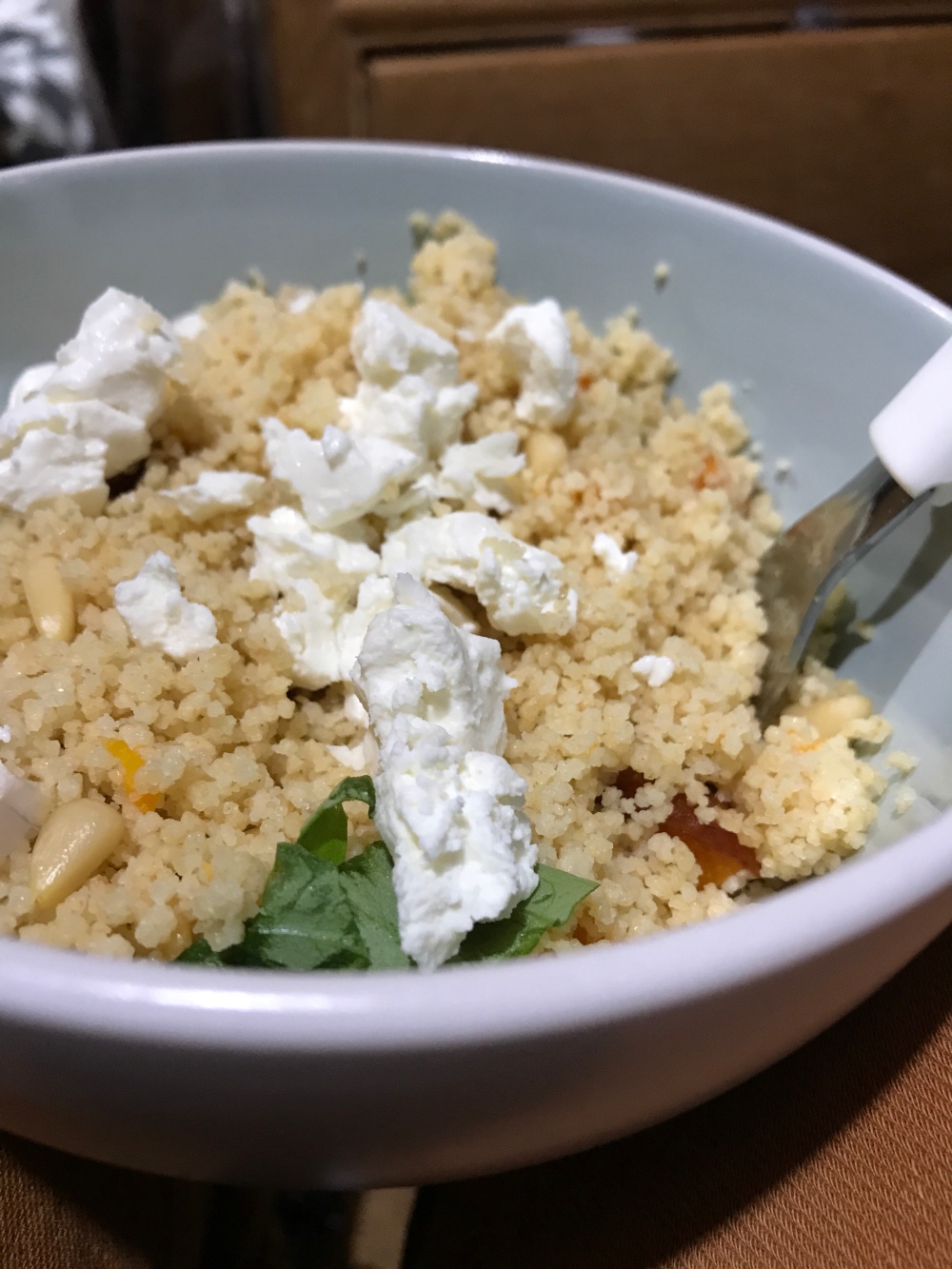 I’m aiming to be better at using up ingredients hence more feta today. This is Roast Squash & Feta Couscous from Daisies & Pie. I wasn’t convinced, as I was making it, whether this wouldn’t be a bit bland, I used plain couscous, instead of the recommended flavoured packet couscous (sorry, but Ainsley Harriott packet couscous is too much of a blast from the past for me, I used to eat it all the time before I taught myself to cook) and I managed to burn one of the two garlic cloves, so had to add less garlic but ooh it turned out nice! Just one garlic clove imparted enough flavour (although two would have been nicer!). I also didn’t add quite enough butternut squash (I used a pack of preprepared squash, this was a quick before work tea and I needed to keep all my fingers!). But even with less garlic, not enough butternut and just plain couscous, it turned out to be really nice! Will definitely make again, particularly as it’s quite good to keep aside for people coming home later than everyone else. 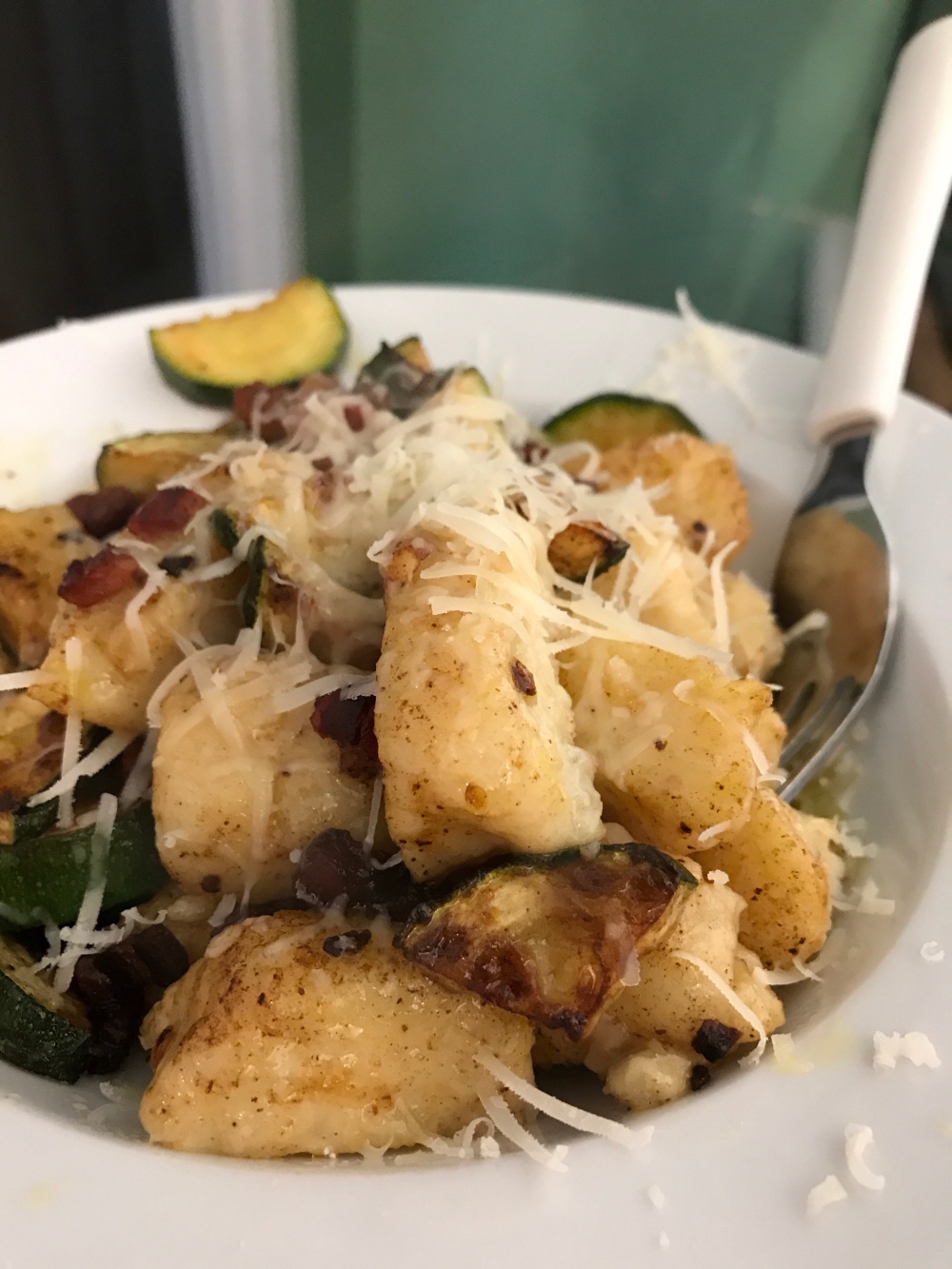 I’ve always wondered about making gnocchi, so I thought that I’d give it a go. These, strictly speaking are meant to be gnocchetti, which I presume are small gnocchi (?) but I’m terrible at judging at size when cooking, so they look like normal sized gnocchi to me. The recipe is Gnocchetti Burro E Salvia from Gino’s Pasta but I heavily adapted it, I stuck to the gnocchi recipe but they’re meant to be served up with courgette and sage and I couldn’t find any sage, so I switched to rosemary and then the rosemary called for some garlic and pancetta and the pancetta called for some chilli flakes, so not quite the recipe Gino D’Acampo intended but still, pretty nice. The gnocchi were more ‘substantial’ than shop bought gnocchi but they were and they weren’t a bit of a faff to make. They weren’t really, it was just a case of boiling some potatoes, mashing them, mixing with egg and flour then shaping (and the shaping was satisfyingly fun and easy) but compared to what you have to do to cook a pack of shop bought gnocchi, yes it was a faff and I’m not totally sure the extra cooking time was worth it. But still, I can say that I’ve made potato gnocchi now, I’m not going to particularly rush to do it again but I’ve still got semolina gnocchi to tick off my list.