A quick and simple pizza pocket recipe from Tasty (and they were indeed tasty).

No photo for this one, my plating up was even less photogenic than normal but this was really nice. From a recipe from Hugh Fearnley-Whittingstall’s More Veg, it’s coins of radish in a lemon, mustard, olive oil, poppy seed dressing.

This is carrots with dukka and preserved lemon from More Veg (and a sneaky pitta bread from that James Morton recipe, in the background). This was rather nice, there was lots of different tastes going on and excellent way to get some nuts into me, in my eat more nuts campaign because although the almonds added texture (which was nice), they didn’t really add anything to the taste (which is good as far as I’m concerned!). 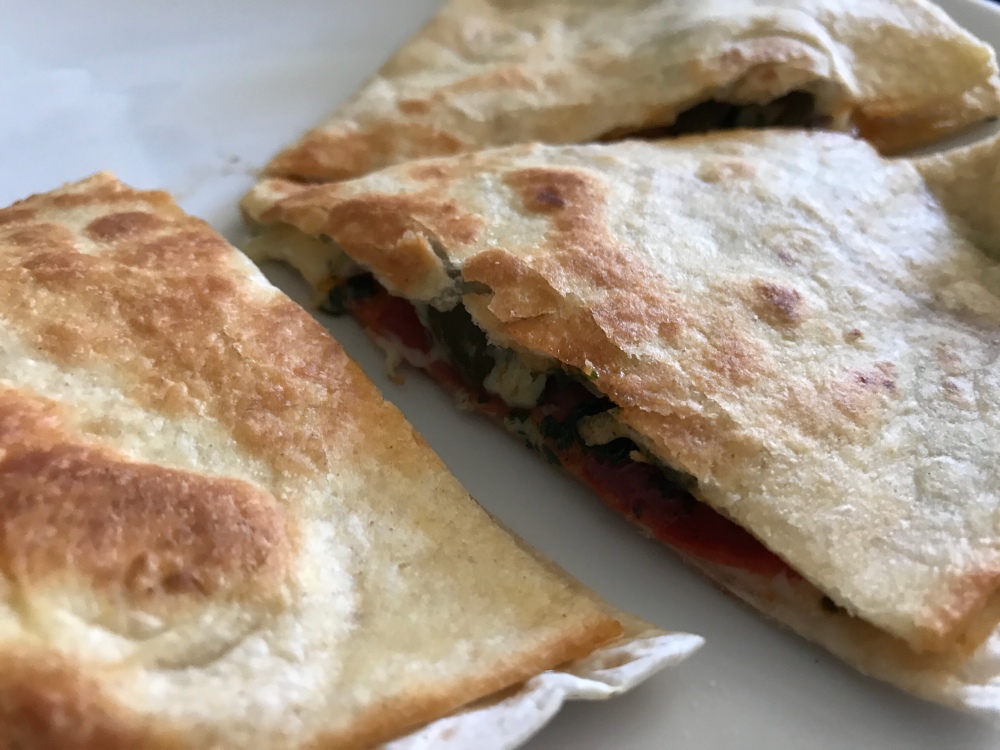 Quesadillas are a regular part of my repertoire, I don’t really need a recipe for them, I just bung in whatever I fancy but I thought I’d give the Chorizo and Jalapeño Quesadilla recipe from Signe Johansen’s Solo, a try. The instructions were a little different from how I normally make quesadillas, I normally dry fry mine, folding them from the word go, flipping them over, so that each side gets browned but in Johansen’s method, you coat the pan in melted butter, lay the tortilla flat open, cover the whole with cheese, wait for it to start melting and then add the rest of your fillings over one half, folding it over and then letting it warm for a little longer and I think that I’m a definite convert to that method, particularly the butter bit, as it made the outside of the quesadilla, even nicer. As for the filling, sigh, it was rather nice, greasy, drippy and verging on tongue burning hot, it was the sort of thing that was just begging to be eaten with a nice cold beer.