I have a rapidly growing teenager who drinks so much milk and juice, we could do with a cow and an orchard in our back garden. She will also, without fail, request pasta, with frequent regularity. She wanted pasta again tonight and I was low on sauce ingredients but we pretty much always have cheese and milk, so I made the cheese sauce from The Magic Fridge. It is, basically, just cheese sauce, there’s nothing particularly special about the recipe but I am grateful for its inclusion in the book because I’d never thought about bulk making cheese sauce before, it was up there in my mental list of things that probably don’t store well and although cheese sauce is pretty easy to make from scratch, it would be useful knowing that I had some in the freezer. However, having made this tonight, I still don’t have any in my freezer because I made half the amount in the recipe, thinking that would be enough for pasta and a portion or two for later, but the amount I made was just enough for a liberal, gorgeous coating of pasta (alongside some pancetta). I will need to make some more.

This was extremely nice, Aubergine and Spinach with Cumin and Rosemary from Hugh Fearnley-Whittingstall’s More Veg. The aubergine, which was baked in the oven, had an extremely moreish texture and the pine nuts complimented it all perfectly. 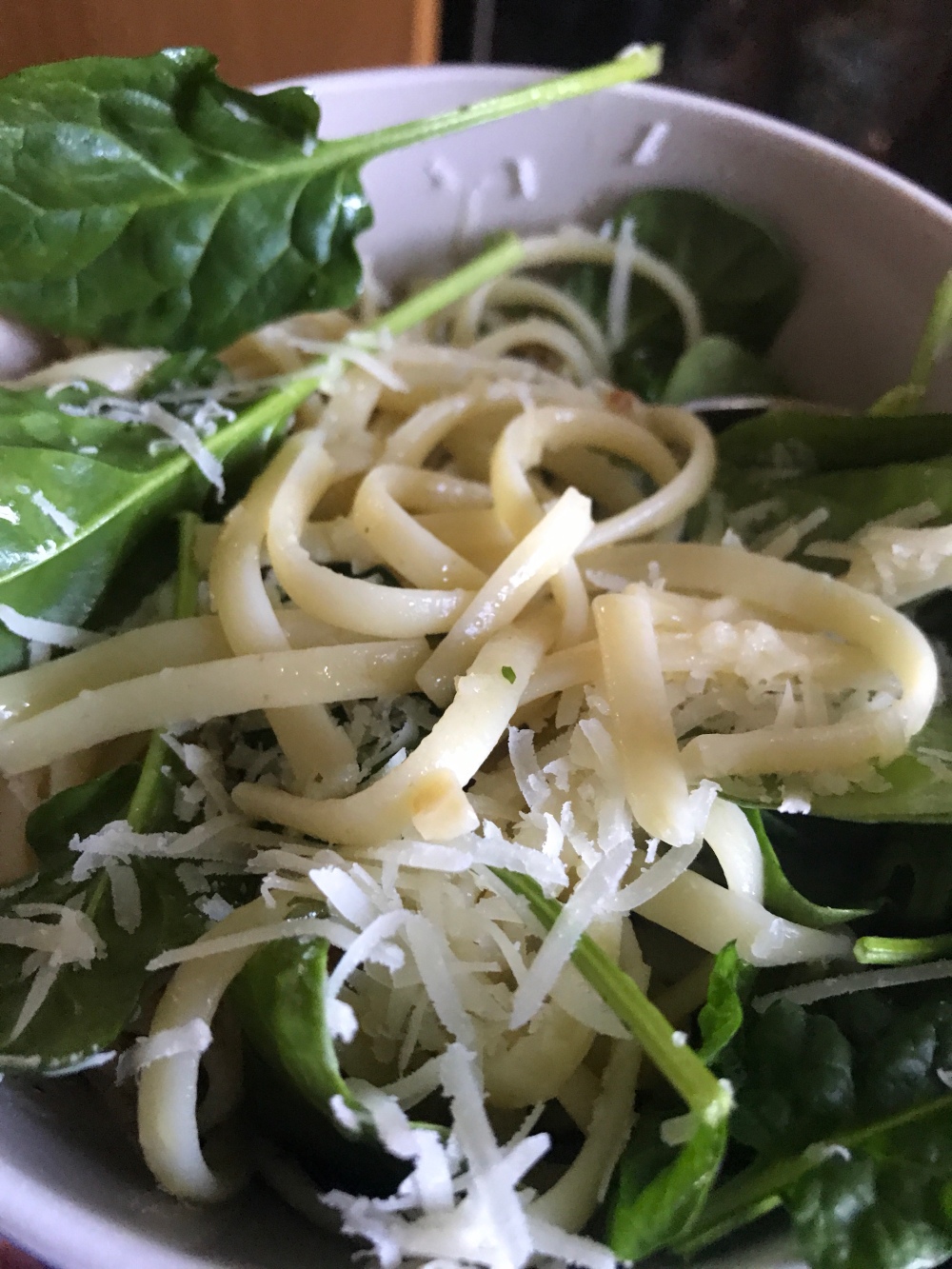 This was really just to use up the remains of the spinach from yesterday. It’s adapted from The Art of the Larder’s Tagliatelle with Spinach and Hazelnuts just that I used walnuts instead. And it was okay, for someone who was not a fan of nuts, I’m growing very fond of walnuts, although in savoury stuff only, I’d still pass up walnut cake or walnut chocolate. 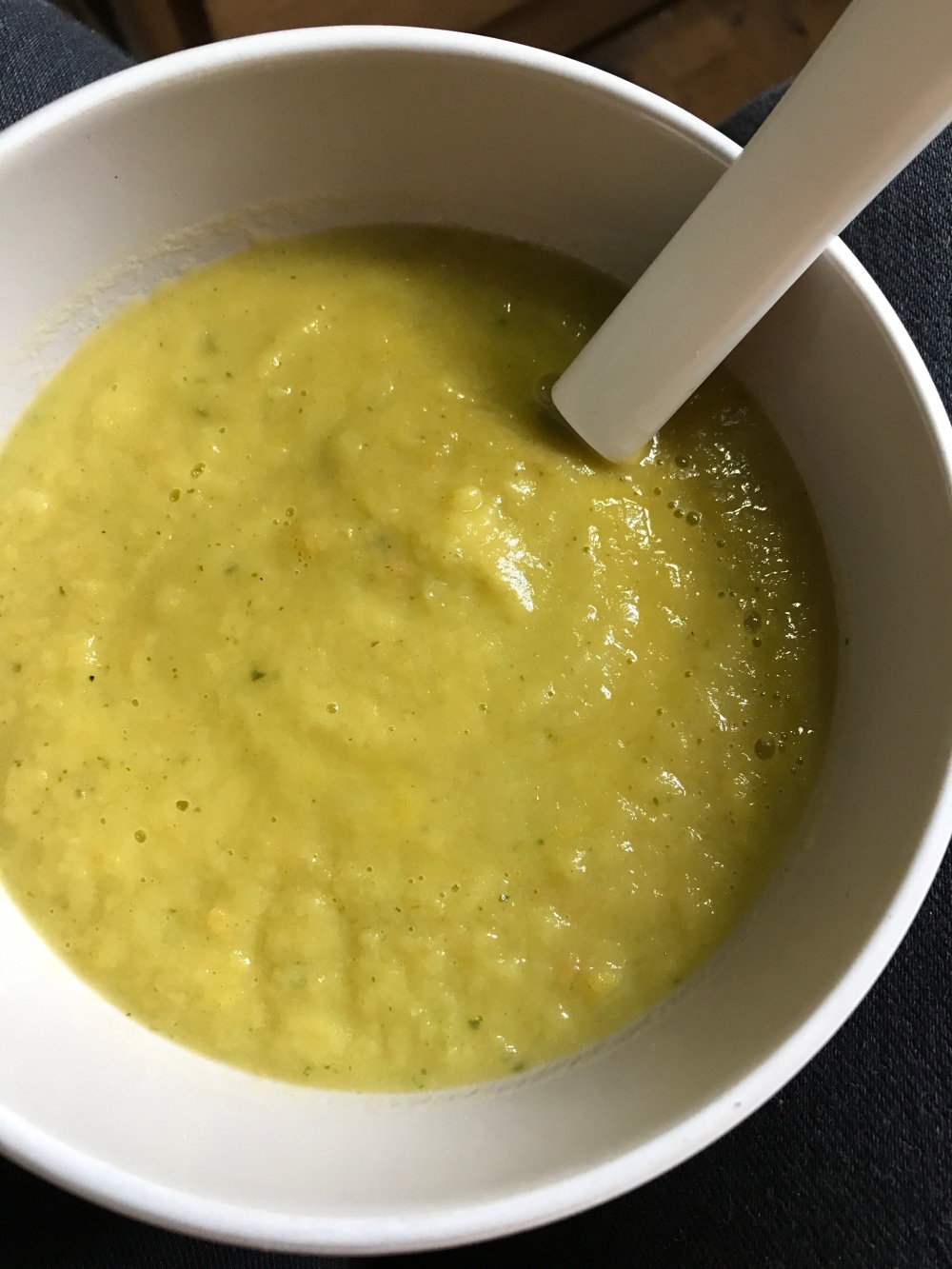 This was Vegetable Soup from Hugh Fearnley-Whittingstall’s More Veg and it was okay. Although you don’t have to, you can make your own stock for this using the peelings from the veg, the instructions are on the page behind the recipe for the soup, although if you do make stock from the peelings, you’ll need to start the stock about 20 minutes before sautéing the veg, otherwise the stock won’t be ready in time. Anyway, I made the stock and it smelt delicious when cooking, so when I came to check it at the end, it was quite disappointing that it pretty much tasted like just hot water! (I have yet to make a homemade stock that I’m happy with it seems). Anyway, I used the stock anyway and the resulting soup was okay, certainly edible but I’ve had nicer soups and I almost certainly won’t be making this again.