I was so excited when I learnt that Miguel Barclay had a second One Pound Meals book coming out, I loved the first book and I’ve made so many recipes from it but when I got my hands on Fast & Fresh, I was so distinctly underwhelmed, I thought about returning it (I have it on Kindle). Looking through the recipes, there were very few that I wanted to make but I kept the book and it’s been in my collection for about a month now and this is the first recipe that I’ve made from it.

This is meant to be chicken noodle soup, except the noodles are pretty much dry as a bone. It’s quite a basic chicken noodle soup but the method is quite interesting, you basically fry the chicken, then take it out the pan, briefly fry some veg (spring onion and slivers of carrot, cut with a peeler) and then add your noodles with 200ml of water and half a chicken stock cube and cook per noodle cooking time before sticking it all in a bowl with the chicken on top. The problem is 200ml of water to cook the noodles and act as a soup base is not enough, the water was absorbed by the noodles / evaporated in the noodles four minute cooking time. I was worried that the noodles were going to be cooked enough. Luckily they were, just about and they turned out to be rather nice chicken-y, onion-y, carrot-y noodles rather than actual soup.

I think that I may make an adaptation of this again, the noodles really were nice and I liked the cooking method, although I think I may add 250ml of water next time, just to definitely insure that the noodles are properly cooked. Although if I wanted to actually make soup, I would probably add more like 400-500 ml.

As usual though, when I eat chicken, I’m just not a massive fan and I ponder again whether I should bite the bullet and go properly vegetarian but I know that I’m weak willed and I’d struggle sticking with it 100% and also I don’t trust myself to eat enough protein, I struggle enough with that as it is. I guess that I need to just be satisfied for the moment with knowing that I don’t eat that much meat and when I do, I try and make sure that it’s higher welfare.

This is the Pepper, Potato and Chard Stew with Saffron from Hugh Fearnley-Whittingstall’s Much More Veg, except I did one of the suggested swaps and swapped the chard for some spinach. I like any cookbook that suggests swaps in its recipes. Anyway, this was really nice, although ironically, I couldn’t help but think it would have been even nicer with some diced chicken added… 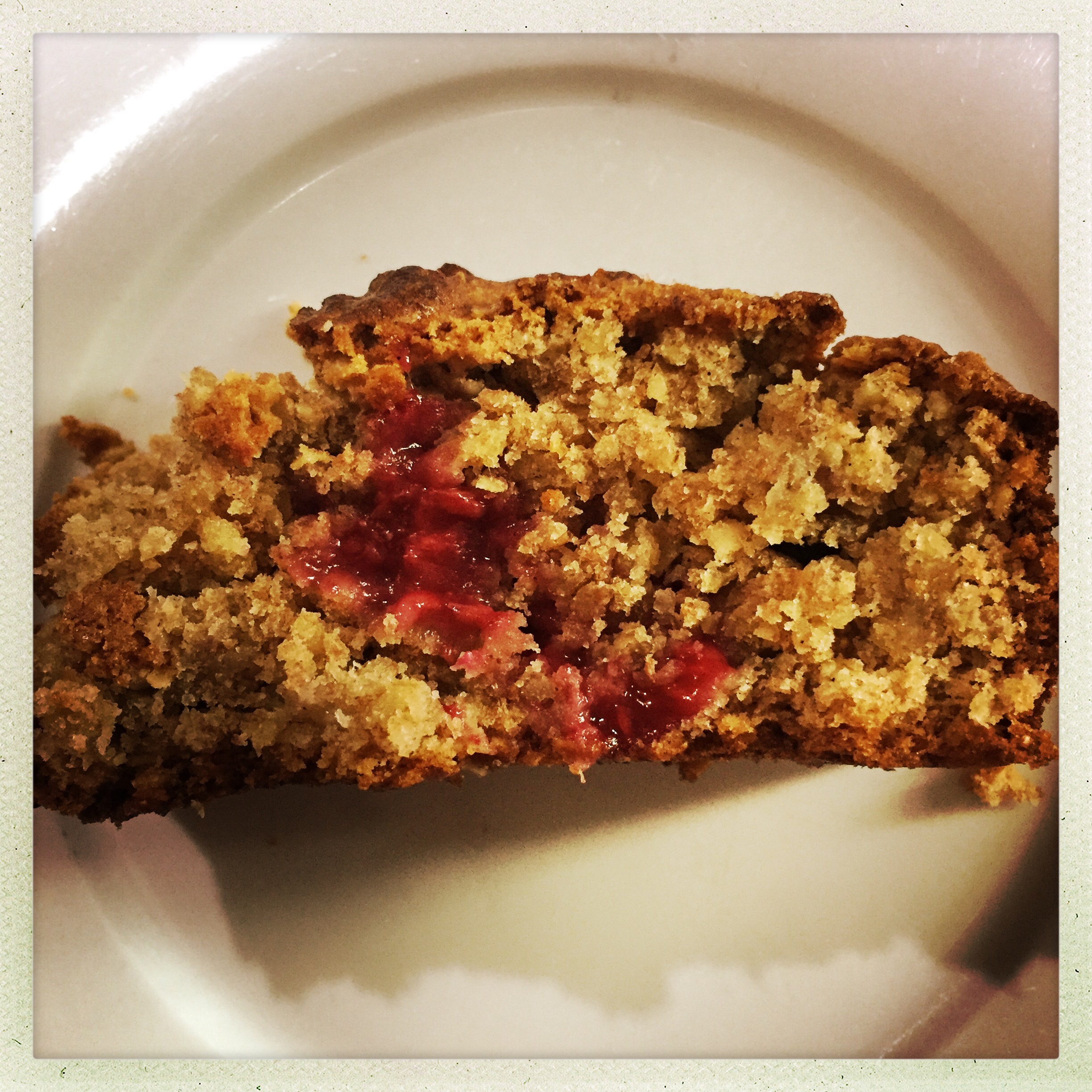 I’d been meaning to make banana bread for ages but whereas I’m currently attempting a ‘buy fresh food on the day’ policy (I’m trying to cut down on food waste and to encourage myself just to eat more of the stuff and we don’t have great food storage), banana bread needs some forethought, to ensure that the bananas are ripe enough. So I’d buy bananas and then I wouldn’t get round to making the banana bread and the bananas would go off (you see why I’m currently buying fresh food on the day). So anyway, after throwing away a bunch of bananas that were so off one of them had liquefied, I still wanted banana bread. So today I went out and bought more bananas, I knew that they wouldn’t be perfectly ripe but as long as they weren’t green, they’d do. So I bought the bananas, got them home and discovered that most of them looked like they’d been sat on by an elephant, so, still not many bananas to bake with. So I compromised and made banana and (frozen) raspberry bread instead and you know what? It’s actually really nice, you get the best of both worlds, banana bread and a raspberry loaf. The recipe was from The Savvy Cook, I just used the bananas I had and added a handful of frozen raspberries at the end of mixing the cake batter. It’s quite a healthy banana bread recipe, with not much sugar and wholemeal flour (I ended up using spelt, as that’s what I had) and oats, it’s also vegan (if you use a non dairy milk). If you make this though, watch it in the oven, my oven is pretty rubbish and I normally have to give cakes an extra 10-15 minutes but this one was looking a bit on the overdone side 10 minutes before the minimum suggested cooking time. But other than that, so far it’s two out of two for nice baked goods from The Savvy Cook book and I like how they’re relatively healthy too.

Another Much More Veg recipe, I couldn’t resist. This one is Aubergine and Pac Choi stir fry, although I did one of the suggested swaps again and used spinach (to use up the packet from yesterday). This one was absolutely lovely too. The sauce is gorgeous and probably a good one if you’re not a massive fan of aubergine, although I quite like the vegetable. The way how the aubergine is cooked too, yum, melt in the mouth yet substantial gorgeousness.