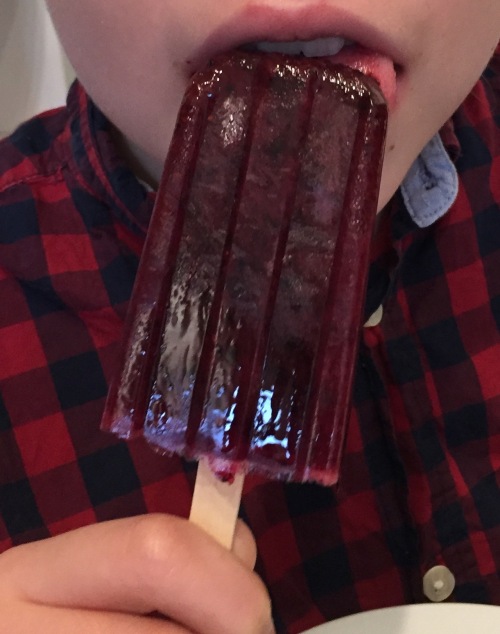 Z’s new school set a number of challenges over the summer holidays, Z was pretty much uninterested in all of them except for the ice lolly challenge. This is his, blueberry, lime and lemon, slightly adapted from this Sainsbury’s recipe because I temporarily couldn’t locate my bible ice lolly book. Anyway, although the Sainsbury’s recipe was easier and a bit more child-friendly (no hot sugar syrup), I wish I had managed to locate the book, as the result was a bit underwhelming. As Z put it, ‘watery’, even though the lolly mixture was so thick, we virtually had to spoon it into the moulds. 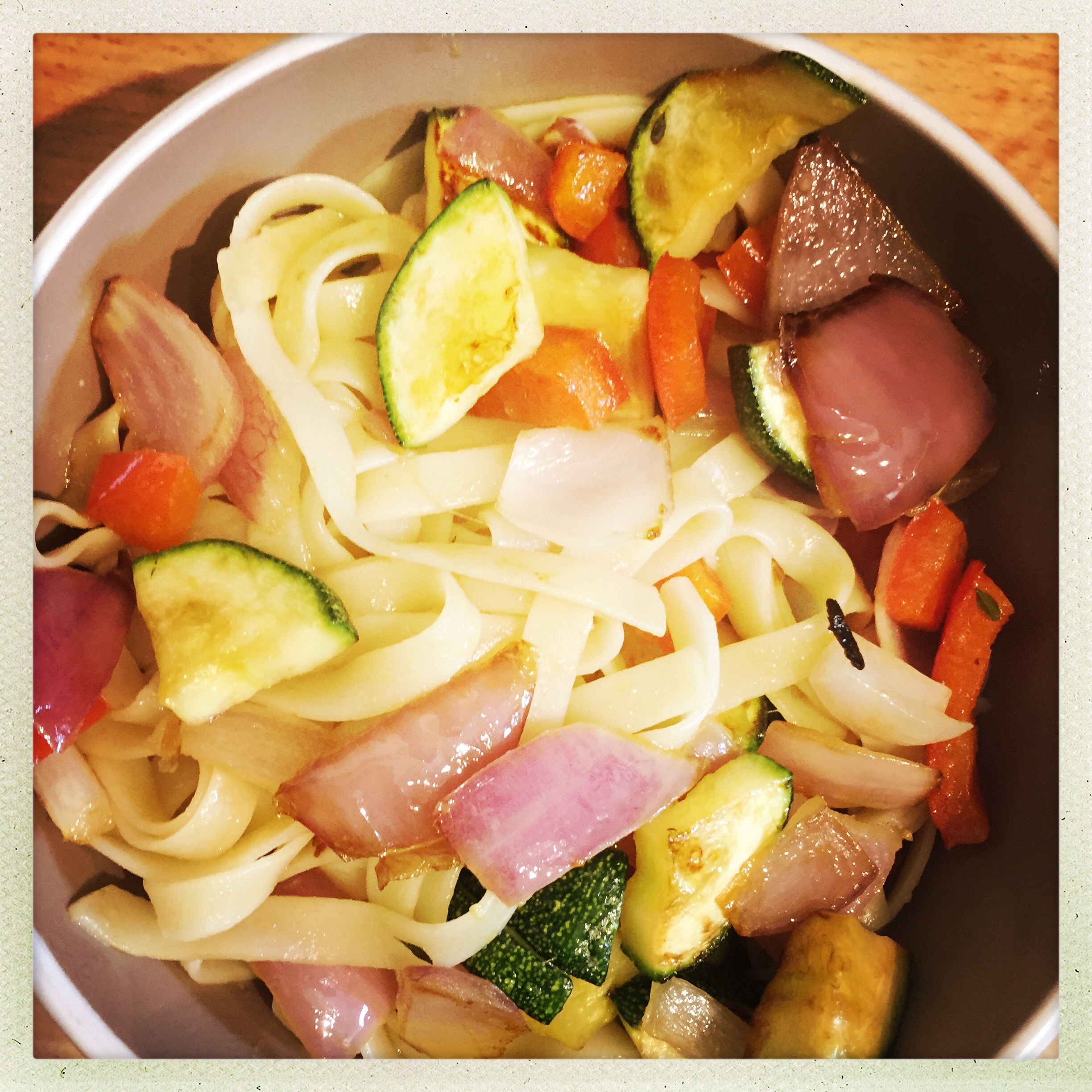 I love pasta but need to mix it up from the normal variations of tomato sauce, pesto and pancetta, none of which are as healthy as they could be, so I thought I’d give Gino’s Pasta a try. It looks a good book, although there is some repetition of ingredient combinations through the various chapters. One combination that pops up quite a lot is courgette and pepper but that’s good, I love those two together! One such recipe is the Tagliatelle Primavera, which says to use fresh pasta but honestly, dried is fine! Anyway, the result is rather nice! A bit healthier than my normal pasta and more filling too. 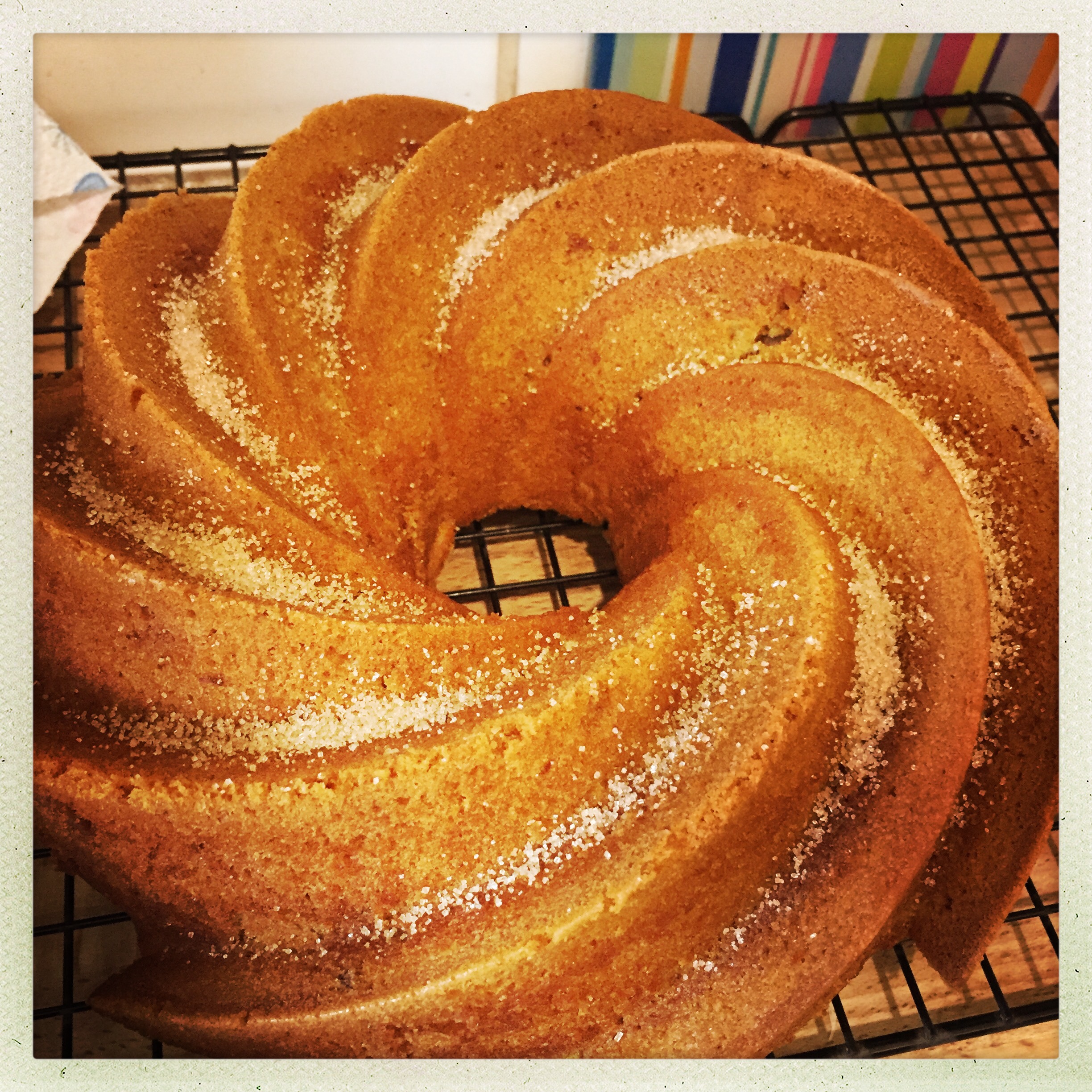 I thought I’d make a cake to have as a nice treat when the kids came back from their first day back at school. This is Apple Cider Doughnut Cake from Honey and Jam, which is one of those baking books divided into seasons. This is obviously an Autumnal cake. Whilst making this, I wasn’t totally convinced that this would work but it did and it’s actually really nice. It has to be one of the most intensely apple-y cakes I’ve made, which must be the cider coming through. It is also rich in cinnamon and nutmeg and if anything can get me excited about Christmas, now that summer is fading away, those two spices plus the lovely smell of the cider reducing down on the stove first, will do it. And of course bundt cakes are so Christmas too, I should use my tin far more often! 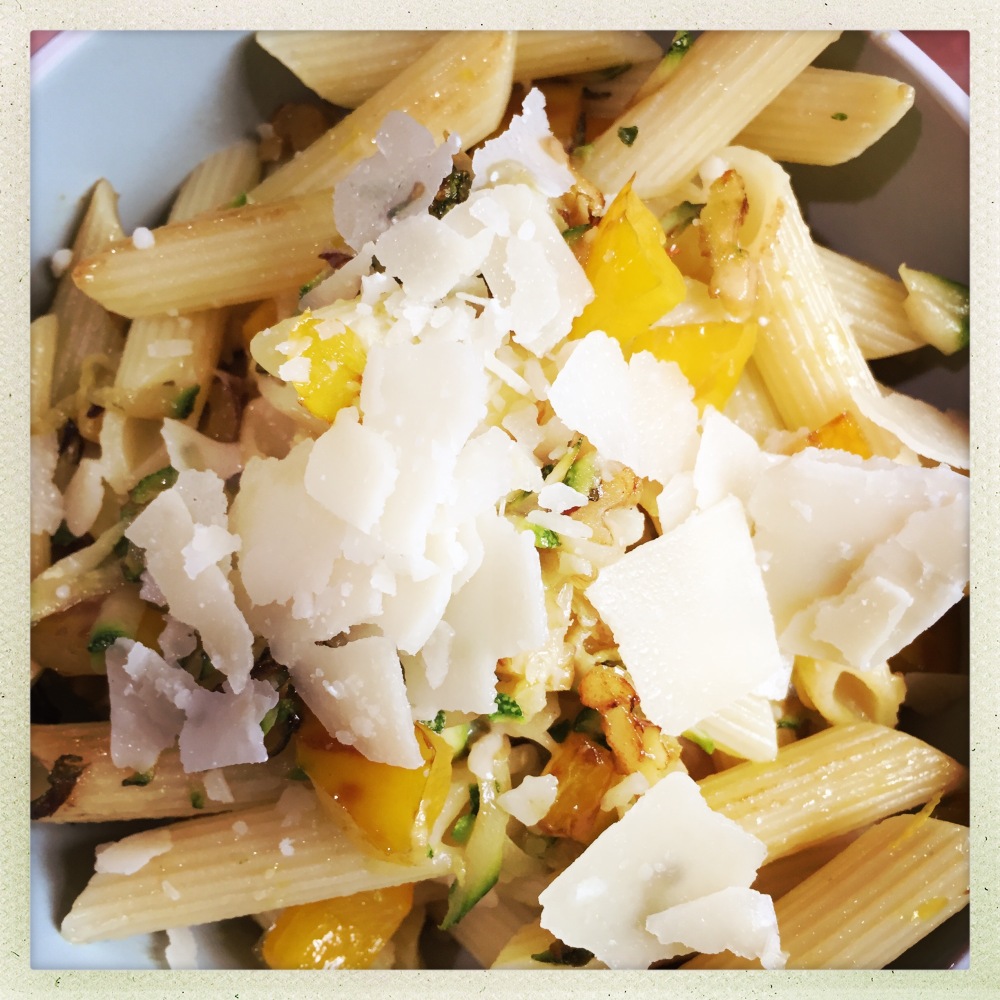 Keeping with the pepper and courgette theme, another recipe from Gino’s Pasta. In this one, there’s no onion, the courgette is grated and there is the addition of walnuts, lemon zest and parmesan. Now, Monday’s pasta was nice but this one was gorgeous, with lots of flavour, I have a feeling that this is going to be one of those recipes I make a lot from memory. 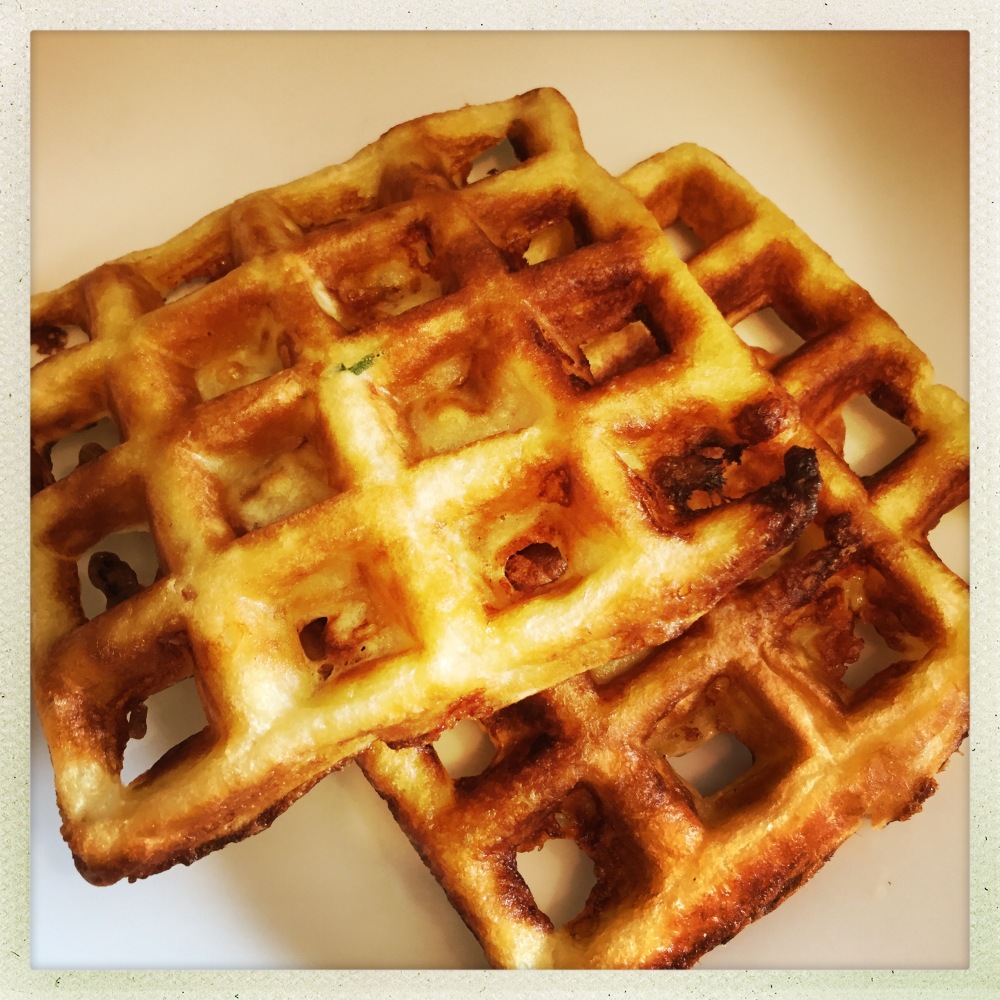 Wednesday’s lunch was cheese and ham waffles from Candice Brown’s Comfort, a significant departure from the healthy, vegetable rich pasta lunches of the two previous days but still, calcium and protein, I just can’t make a habit of these, which is a shame, as these were nice but actually I think my taste buds preferred that pasta!