Me and Z had a mammoth museum session on Monday, whilst we killed time, waiting to pick up S, who was doing an illustration course. We visited all three of the Kensington museums. First up was the V&A, eager to see the new entrance.

Next up was the Science Museum to check out Wonder Lab. Wonder Lab is the new and improved Launch Pad, which you now have to pay to get into, luckily it’s much nicer than the old exhibit. They still have some pieces which I remember going on when I visited Launch Pad when I was a kid but most of it’s new, although just like the Launch Pad of old, there were a fair few out of order stickers. Wonder Lab is in a bigger space and the experiments are more spread out, so it’s not as claustrophobic as Launch Pad used to be, we went relatively early, just after 11 and it wasn’t too crowded (although having to pay to get in may have been putting people off). Z, who is not easily amused when being dragged away from his computer for a day out, absolutely loved Wonder Lab, he particularly liked a wind blown paper thing, the last time I saw him that excited was when he first had a go at VR. He also really liked the maths section, with its spatial puzzles. Whereas I really liked the electron detector and the fact that Z was so obviously liking the place so much. 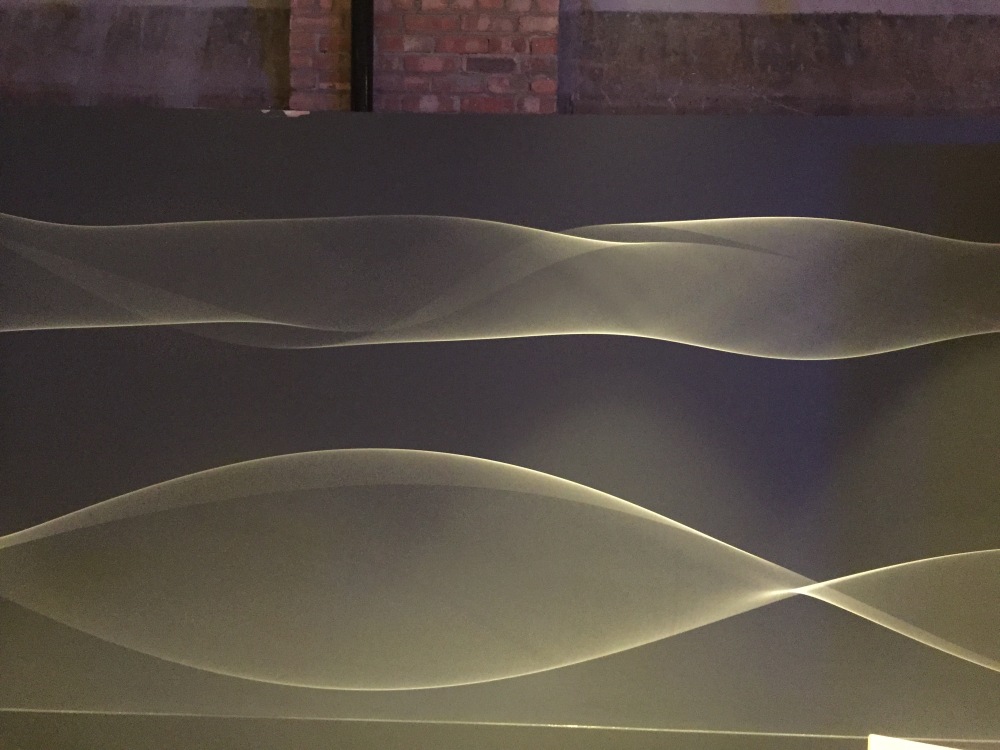 After that it was back to the V&A for lunch, the V&A, in our family’s opinion, is the nicest of the three museums to have lunch, as they have the courtyard with the paddling pool. The food is pretty good too, although there is less of a selection in the courtyard bit than in the restaurant inside but as we were there for the courtyard (and there are always massive queues for the restaurant anyway), we stuck with the courtyard and then ended up having to walk to the Pret in South Kensington tube station for the rest of our lunch, which we ate in the Natural History Museum garden (which had even more pigeons than the V&A courtyard and Z doesn’t like pigeons).

I then dragged Z to the Natural History Museum (the only museum with a queue to get in, that day) because I wanted to see the new whale hanging up in the entrance hall. Although as the entrance to the entrance hall is currently closed and you have to go through the side where geology is, you’re sort of missing out on the impact. Not that, sadly, I thought that the whale had that much impact anyway, I thought it was a bit meh compared to the dinosaur that used to be there, particularly at the angle you would first see it if you did come through the main entrance, you’d basically just see a big mouth.

I also thought that it was a bit too high up, it was almost like it wasn’t there. It did look better from the side though and I can imagine that it’s probably quite impressive if you’re viewing it from one of the galleries on the first floor.

We then went back to the Science Museum to do some sketching and then on to the V&A to do even more sketching (by this point, seats were really attractive) before picking up S who had had a blast on her course.