2. The character of Jon Snow being absolutely brilliant. He is, of course, brilliant anyway but I particularly like how you can see that he is so scared but he still does the right thing anyway. Heroes who face scary stuff but look like they’re going for a walk in the park, aren’t being quite so heroic.

3. One of my succulents budding the most artificial looking pink. 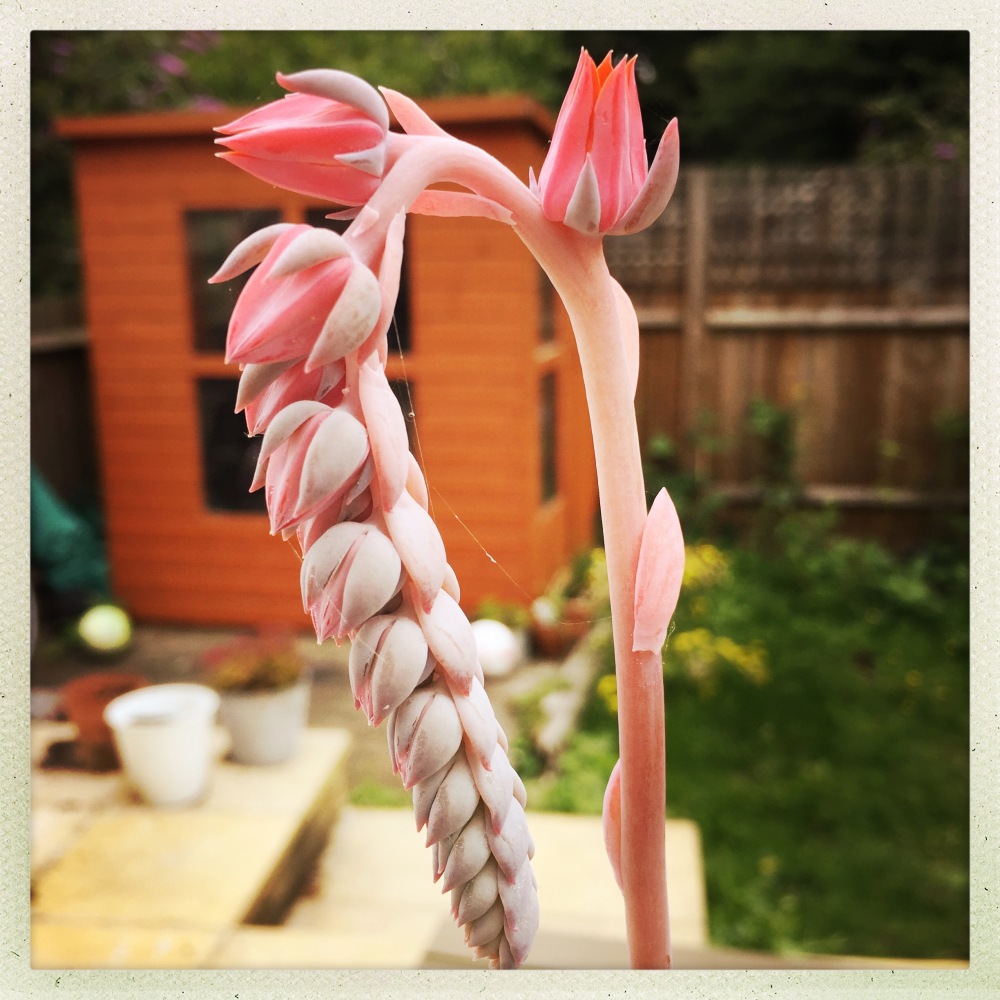 4. I mostly really liked the book The Witchfinder’s Sister, it’s one of those books that hook you straight away but I found that the ending dragged a bit, so I’m not actually raving as enthusiastically as I initially thought I’d be about the book.

5. Rejoining a team I used to work with at work, I used to work in the team but stopped after my surgery last summer, the shifts were very long and I needed to work shorter shifts for a while, so I gave up my place on the team. However, a new position opened up on the team and I’m able to work longer shifts now, so I jumped at it. It’s a really nice team to work for, so it’s lovely working with them again.