1. I made friends with a blackbird! I was gardening and I could see this blackbird watching me from the fence, I could tell it was waiting for me to sod off, so that it could go and get all those tasty grubs I’d unearthed with my digging and weeding. I moved to the other side of my garden several times to get stuff and yep, down hopped the blackbird, each time. Anyway, I finished my gardening and as I was tidying up, the bird hopped down off the fence again, even though I was but a metre away, crammed it’s beak full of still wriggling worms (I think it had a nest full of babies somewhere, as I’ve never seen a more overloaded beak) and just hopped, hopped, hopped closer to me, as if to say “I’ve figured out you’re alright”. 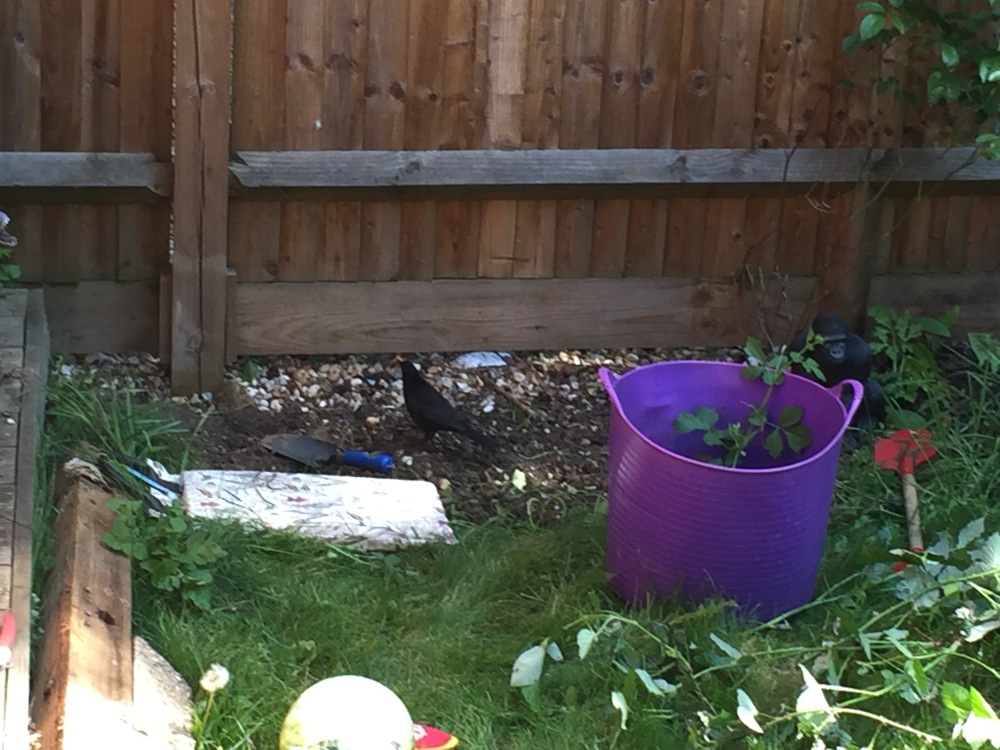 Anyway, a few days later I was in the garden putting out some washing, I finished what I was doing, turned around and there, sitting on the fence, directly above where I had been gardening a few days before, was the blackbird, looking at me as if to say “Are you going to do any gardening then?”, it even hopped down and hopped amongst the bed I had been working on, as if to labour the point. I felt a little bad that I wasn’t going to do any gardening that day! It then, again, proceeded to hop straight past me on the lawn, as if to say “You’re not scary”.

2. Doctor Who was good again!

3. I went for a nice walk along Barge Walk, the path between the Hampton side of Kingston Bridge and Hampton Court. I’ve walked bits of it before but this was largely in my pre confident long(ish) distance hiker days and doing the whole thing had always intimidated me a bit, which now makes me feels like a bit of a wuss, as it’s only 5km. And of course, just after the furthest point I’ve ever walked …. the path gets interesting, with a path cut amidst the grass, flowers and trees, that act as a sandwich filling between the main, maintained path and the rougher path that is immediately next to the river, so I walked along that and the smell and the birdsong was amazing (my featured photo is also from the walk). 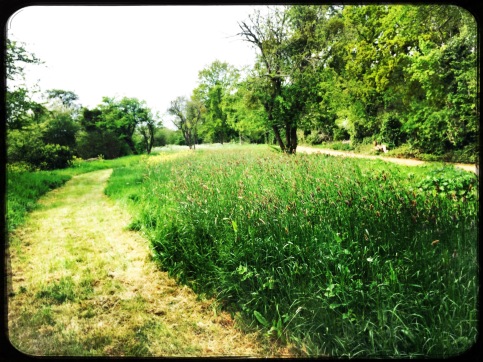 4. I’m currently listening to the audiobook of Stuart MacBride’s A Dark So Deadly, MacBride writes the McRae books, which I enjoy but he’s given a McRae a break from one disaster after another and gone back to his fictional creation of the town of Oldcastle, some characters from his previous Oldcastle books, appear but the star of the show is Callum, a cop who is currently having a very bad life. A Dark So Deadly is not perfect; there’s an annoying amount of Pffs, Ughs and Aahs in it (honestly, I think readers can be trusted to put all the little sounds tired, pissed off humans make, in their imagination, without the author having to spell it out) and some of the characters are completely unrealistic but some of the other characters are completely and utterly painfully realistic, normally the bit part characters with the really awful lives. But, anyway, despite it’s flaws, it’s currently got me completely and utterly gripped.

5. Jamiroquai have a new album out, it seems like everyone who was around in my early teens is releasing albums again at the moment but I think Automaton is rather good. I liked Jamiroquai back in the day but I wasn’t a massive fan, I think my appreciation of them has definitely grown!